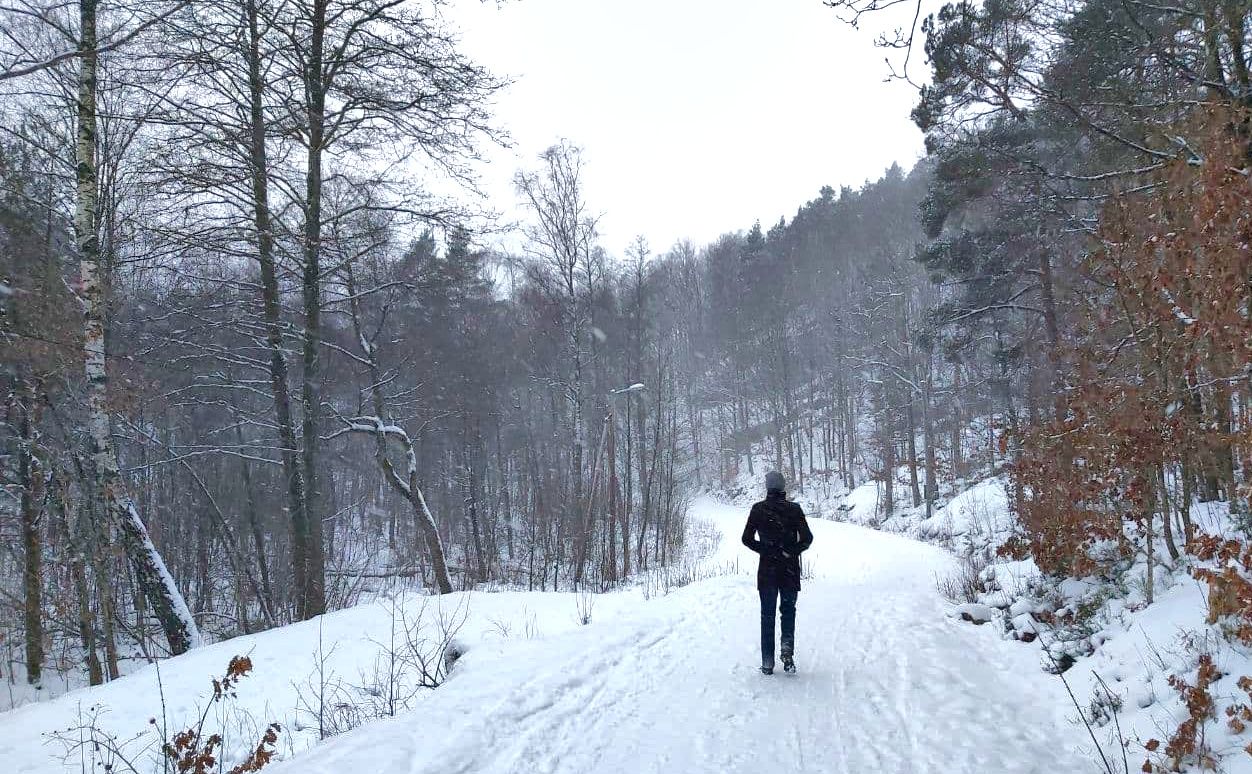 I think we can all sympathise with this thought. Even when I buy something as small as a sponge, I still want to buy the best sponge. I want it to have a rough and a smooth surface, to clean well, to last, etc. I consider myself sufficiently informed when I have a general selection of sponges which fulfil my criteria, and then I must perhaps choose which matters more: cost, efficiency, longevity, etc. However, what happens when the decision is far more important than which sponge to buy?

When considering what house to buy, I must be willing to spend weeks and often months to gather information, and then deliberate on this information, in order to make a sufficiently informed decision. This stretches my capacities, like asking a mouse to carry 5 kg. Suddenly I must be a plumber, carpenter, electrician, real-estate valuer, and interior decorator. And while it is manageable, as I only need to fill these roles in a weak sense, it is exhausting. Nevertheless, a house is still not the biggest decision we know of. So, what’s an example of an even bigger one?

In an election: Should I vote to change the course? Or should I vote in favour of the status quo? Let us take a moment to just appreciate the enormously vast expanse of these choices. They include real consequences for real lives in the real world. Voting for the status quo implies that one is sufficiently informed about where the status quo will lead us in the next four years. Voting to change the course is even more gigantic, as there are several parties and coalitions to choose from. Green, red, conservative, liberal, economic liberalism, economic conservatism, etc. From this enormity, a problem arises: Am I capable of becoming sufficiently informed?

To start small: I am certainly capable of becoming informed. I may pick up one book, read it, and regardless of the subject I am very likely more informed with regards to the democratic decision above. I think so even if the book would be fictional. However, the criterion is much stricter than that. There is a threshold here. A sufficiency. And just pondering the question lends size to this gigantic decision. It is in fact so gigantic, that it moves the spotlight away from the question itself, and onto us: even if I had the time and effort to acquire this information, am I capable of absorbing it? In other words: am I even capable of knowing this?

Perhaps we are not even capable. And considering the practicality of the matter, I know for certain that I myself do not have such time or effort available. So, is there some sort of shortcut? Some way that, despite not being sufficiently informed, we could still make a decent choice? Yes! It is called: epistemic responsibility.

Let us break up the words: epistemic comes from the Hellenic (Greek) word episteme and means experience. In English, something epistemic has to do with knowledge theory, so epistemic responsibility is responsibility with regards to knowledge.

Epistemic responsibility is to consider the outcome of something even if you do not believe this outcome to actually happen. For example: life-insurance. Parents may get a life-insurance for their children, which simply means that if the children were to die, a large sum of money would be paid to the parents.

Naturally, the parents do not believe that their children will die ahead of them. However, the consequences would be so dire, that even if they believe this not to be the case, they should nevertheless prepare for it. They might also have the strongest reasons to not believe that their children will die before them, but this prediction is naturally not 100% certain to come true. Thus, we might define epistemic responsibility as such: to take responsibility for a horrendous outcome of a decision, even if you claim to have knowledge that this outcome will not come to pass.

One epistemically responsible person is the pessimist. And an epistemically irresponsible one is then the optimist. However, the pessimist is epistemically responsible in an obsessive manner. Put shortly: the pessimist is not virtuous. Returning to political elections as an example: the pessimist would simply not trust the system altogether and abandon society. Nor are the optimists virtuous: they are the demagogue’s easiest victims, quickly falling prey to sweet-talk of “restoring pride” or promises of prosperity without bounds. So, looking at this from the point of view of virtue, pessimism and optimism are both vices: they are extreme positions, and imbalanced. What we want, is a balanced position.

If virtue is as Aristotle said, a golden middle between two vices, then the virtue of epistemic responsibility is to be found somewhere between the optimist and the pessimist. It is embodied by someone who considers the worst outcome without being sucked into the undertow of doom, like the pessimist. Someone who indeed wants a future, but not a future built on destroying others to step into the light in their stead, like an optimist.

The character committing the first flaw is often called “the doomsayer”, spouting out never-ending tales of imminent doom around every corner. This is a familiar character: the conspiracy-theorist is usually such a doomsayer. The second one is “the avenger”, twisting the concept of justice to resemble that of vengeance. History is unfortunately riddled with examples of this kind of dangerous optimism. Perhaps Mussolini is the prime example. He promised to restore Italy’s pride before the second world war, he was thusly elected, and he did indeed believe in the future; but at a tremendous cost: exterminate “the enemy”. So then; what would we call the virtue? And the character adopting this virtue? I am tempted by the following name: the realistic one.

The realistic one is a temptation, and not the answer, for reasons that are not immediately clear, but has become clear over time. This view of being “realistic” is not a strange one. In our time it has become popular among those suffering from too much confidence due to the Donning-Krueger effect. However, if one virtue causes other virtues to become vices, then it cannot be a virtue. The realistic one commits exactly this flaw. This is exemplified par excellence in the command: “Be realistic.” This command really only says “think like I do”, and should another virtue be commanded, like “be kind” or “be brave”, such hidden messages are not to be found. And which virtue is twisted? The virtue of humility: the realistic one has a strong tendency to become overconfident. And I do not mean standing one’s ground when it truly is right to do so. That would be bravery! No, bowing down at any sign of struggle is a sign of the vice of submission. I mean that in time, the realistic one slowly – and it seems to me – inevitably becomes overconfident; commanding others to think like her. And by becoming so confident in her view, she loses her realistic view of things, undermining the heart of the virtue that lead her here.

So, we need some sort of realistic attitude without this leading to overconfidence. Nor this leading to lack of bravery, which would result in submission. Voilà: the active one.

It is important to understand that the active one is not virtuous because of activity and activity alone, but because of activity with a good basis in knowledge, and this knowledge being very reasonably attained. Should you want to read more about this, then Hannah Arendt has developed a whole philosophy around it. Plato’s dialogues on knowledge as virtue is also helpful. And in any cause, should you not acquire this knowledge, you now have access to a shortcut: epistemic responsibility.